Posted on February 24, 2018 by thatblogwherecheriemovestogermany

I know I have mentioned before how I love to read blogs.  It’s part of my daily routine now.  Laundry, then read a post from Just another blog from a woman.  Dishes, then read a post from Hot Mess Memoir. Bake the bread, start dinner..oh time for a post from Losing the Plot.  OK, you get the idea.(This list could go an and on..).  But, for the past several weeks I have been enjoying the Top Ten Tunes posts that come out each Friday.  They are written by Just another Blog from a Woman and remind me how much music has played a role in my life.  She posts the Top Ten Tunes from the years of her life (we are similar in age so, my life too).  Her posts have inspired me to make a soundtrack of my life.  Do yourself a favor and check out her posts.

So, could you pick out the soundtrack of your life?  How many songs would be on the list? 10? 20? 50? or 100? More? Do you start with the year of your birth? Or when you finally had music touch your soul? Songs can mean so much, and often they feel like they were written for us alone. I remember many events and times based on the song that was playing in the background.  Music is the background of my life. I have tried to write this list several times, and then remember another song that should be on the list, so I rewrite..again and again. I tried to write a list for each year, my list was WAY too long. So, I finally broke up my life into Childhood, the Middle School Years, High School, My Twenties, The Thirties and Now.

Finally, I had trouble picking a single song from an Artist/Band and instead picked the Artist or Band.  Then added several artists and bands.  This list is not complete, I feel that this post could potentially go on forever as I continue to add more and more music that has been influential in my life.

I may have been a goofy looking dork, but the music was amazing.

Still a goofy looking dork, but again, the music was so good. 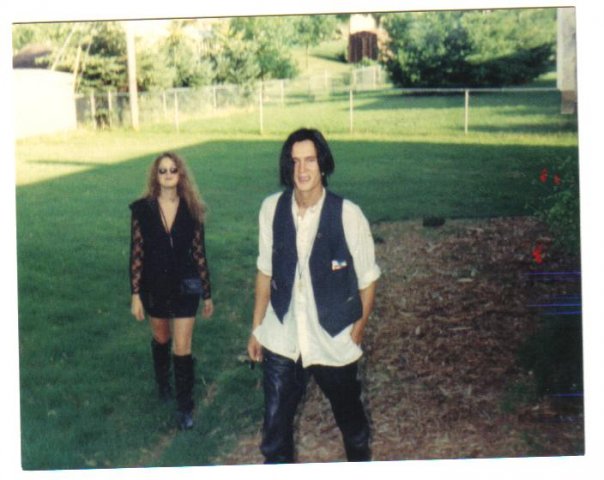 Less dorky looking.  We were ready to hit the town.

So, looking at this I feel like I have left out so many.  This list really could/should go on and on forever.

What songs and artists would be on the Soundtrack of your life?

46 thoughts on “Soundtrack of Your Life”

This site uses Akismet to reduce spam. Learn how your comment data is processed.

Born in the United States, living in Germany, telling stories about my adventures. View all posts by thatblogwherecheriemovestogermany

Country living in a practical way!

as the crone flies
Witch With Me

The More the Merrier Path

Favourite recipes with a witchy twist.

A blog based around the life of a 31 year old Englishman in love with traveling!

Stories and photos from Scotland

Overweight 20 something on journey to healthy lifestyle

An easy way to keep up with our travels

Where there's only one step from the sublime to the ridiculous.

Life is punny. It's funnier than fiction.

Tales of inspiring wave riders. Consciously aware of our world.

For Dog Lovers Only

Life Of A Cat Lady

The day to day life of Sierra and Galileo

One Man's Perspective Of Everyday Life

Just for a laugh

Your front-row seat to my nervous breakdown