Yesterday my husband and I went out with some friends.  I wore a long sundress, and of course it had no pockets.  I didn’t want to be burdened with carrying a purse, so I left everything at home.  I think it makes you feel a bit naked to not have pockets, or a pocketbook with you when you go out.  I kept thinking that I had forgotten something, but didn’t.

In my years working as an ER nurse, I have heard many, many interesting stories.  I have seen and heard about ways of living that are NO WHERE near to the way that I live, or have ever lived. (Both good and bad really).

Here’s a little tidbit I have learned. Many prostitutes do not carry a purse either, or so I have been told by many of the prostitutes that I have cared for over the years.  There is often so safe place to store your purse when you are working. You can’t just lock it up in your desk drawer and get to work like many other women do.

I once had a prostitute come to the ER because she had her heroin needle stuck in her vagina.  She was working and the John decided to stiff her on the cash after he got what he wanted.  He then called the police and bailed on her.  When she heard the police coming, she stashed the needle in her vagina for safe keeping, thinking she would just retrieve it later.

However, it turns out that she couldn’t get the needle out by herself. The cap had come off and so the needle was sticking into her, causing a lot of pain.  So, when she told the police that she had a needle jammed into her crotch, they released her to seek medical care.

She shared the story with me as I checked her into one of the exam rooms. She started by saying that she had “a needle stuck in her pocket book.”  I said, “pardon me?” I had no idea what she was saying to me.  Why would she need to come to the hospital for a needle in her purse? Or so I naively thought. She then explained to me, in great detail, the area of her body that she referred to as her pocket book. After finally understanding the story, I gathered everything the doctor would need to remove the offending needle from her “pocket book.”

We found a few more items when we went spelunking.  She really did use her vagina as a pocket book! As a matter of fact, we found a $20 dollar bill(freshly earned), a key to her apartment, a rent receipt, and of course the needle.  The doctor set all of the items on the mayo stand, but placed the needle into the sharps container as it was a used sharp and needed to be disposed of.

She was LIVID!  She wanted the needle back!  I explained that since it had been used and removed from her vagina, we really did need to dispose of it properly.  After ranting and raving for quite some time, she finally accepted this and took to gathering her other items off the tray.  I quickly gave her a plastic bag for her to place her things, not wanting to go diving into her pocket book again any time too soon.

So, as I was looking around for my pocket book while out for dinner, I started to laugh to myself.  I do this often lately as I reminisce about some of the more humorous stories from my nursing life.  I realized that I did indeed have a pocket book with me, I just chose NOT to use it for that purpose.

So, when your mom told you not to put your hands near your mouth after touching money, do you think she knew about the Pocketbook trick? 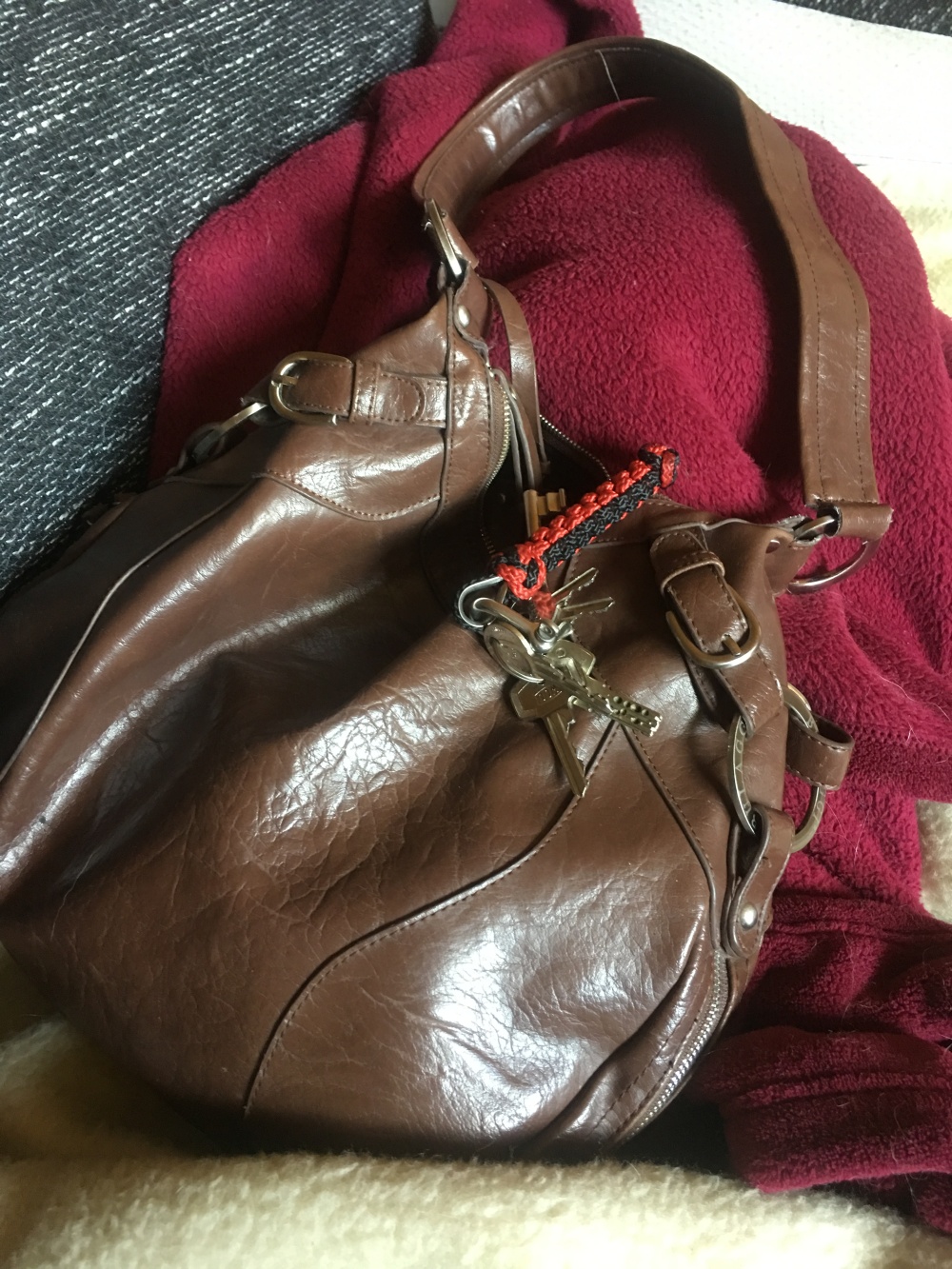 60 thoughts on “Nurse Life: The Pocketbook”

This site uses Akismet to reduce spam. Learn how your comment data is processed.

Born in the United States, living in Germany, telling stories about my adventures. View all posts by thatblogwherecheriemovestogermany

Country living in a practical way!

as the crone flies
Witch With Me

The More the Merrier Path

Favourite recipes with a witchy twist.

A blog based around the life of a 31 year old Englishman in love with traveling!

Stories and photos from Scotland

Overweight 20 something on journey to healthy lifestyle

An easy way to keep up with our travels

Where there's only one step from the sublime to the ridiculous.

Life is punny. It's funnier than fiction.

Tales of inspiring wave riders. Consciously aware of our world.

For Dog Lovers Only

Life Of A Cat Lady

The day to day life of Sierra and Galileo

One Man's Perspective Of Everyday Life

Just for a laugh